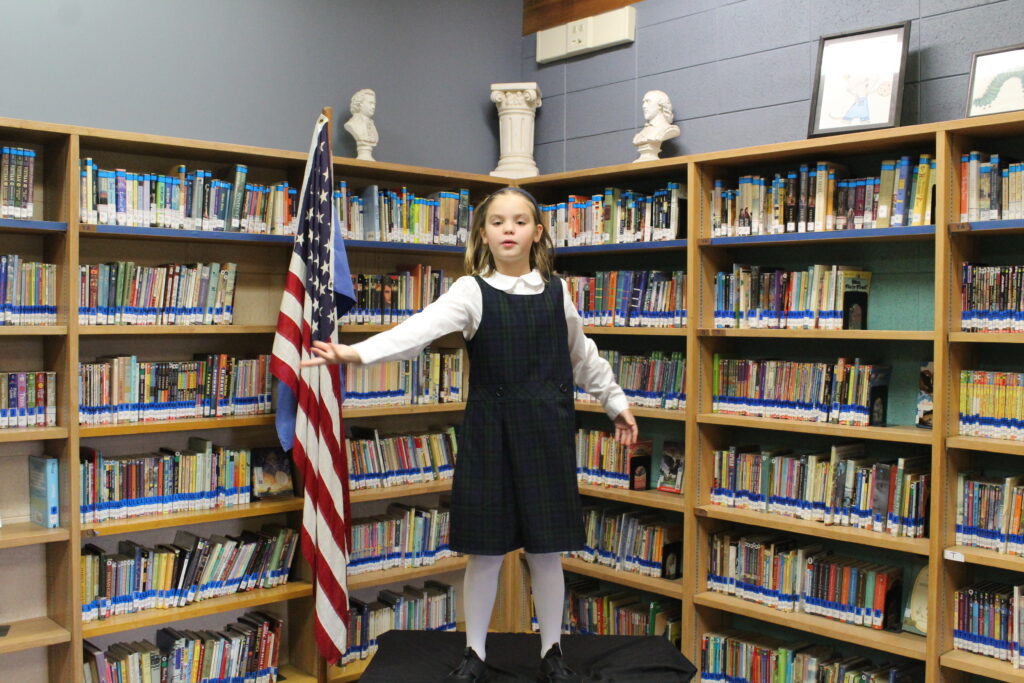 It can easily be dismissed as a cliché when we say that we value God, Family, and Country at Liberty Classical Academy. Isn’t valuing God something every religious entity would claim? Isn’t valuing family obligatory and valuing country simply a word for patriotism? In principle, these statements are all true. We are rooted in the teachings of Christ and believe that His Truth is the cure for the brokenness we see all around us. We believe that family is an essential part of God’s plan to build and equip a generation. And we believe that we live in a country that has been blessed by God and that we should do absolutely all we can to preserve it.

But we also believe it’s bigger than each of those points.

It’s easy to watch the news and have the wind knocked out of us by a 24-hour cycle of chaos. The sky is falling alongside the stock market. The value of a dollar drops as interest rates skyrocket. Agendas seem to have gained a momentum that we can no longer fight off. The beliefs on one side are working directly against the beliefs of the other. Wars wage. Structures collapse. We’re scrubbing God’s image from any public-facing representation of our republic and bequeathing to our children a nation of wretched hedonists wringing their hands together and racking their brains on how they can gain more control of our country.

Did you know that only a minority of Americans fought in the Revolutionary War? It was probably somewhere around 10% of the people who lived here. Some (albeit less reputable) sources have claimed that number to be even less, at closer to 3%! Whatever the number, nobody claims that it was 90%. No legitimate historian believes that the battle for our nation was fought and won with an overwhelming majority.

It was, instead, a battle fought by a minority of people who had the benefit of conviction and hope on their side.

At Liberty, we are not underdogs in this story. That’s where our value of God, Family, and Country is rooted. As a school that seeks to build lives that inspire and moral leaders for tomorrow, we believe that it doesn’t take a majority to see change happen. It simply takes truth. It takes a group of people more committed to discover what is True, Good, and Beautiful than they are willing to sit idly by as lies are mislabeled as truth. It takes families believing that the best way to equip our young people for the future is to teach them to value the standards that God has for a life and a country. It takes donors willing to make this kind of culture available to more families.

This Story is Ours

Above all else, it takes hope that this story is ours for the telling, and that when these stories are written and told, we'll have been right about the ending. We know what matters. We know who wins. If it truly does take a mere 10% of the people in a country to push back the walls of tyranny, then this is no time to hang it up.

We’ve got a job to do. And we’ve got the people to do it.

Posted in Blog Post, Body of Values
0
0
Your Cart
Your cart is emptyReturn to Shop
Continue Shopping
Scroll To Top