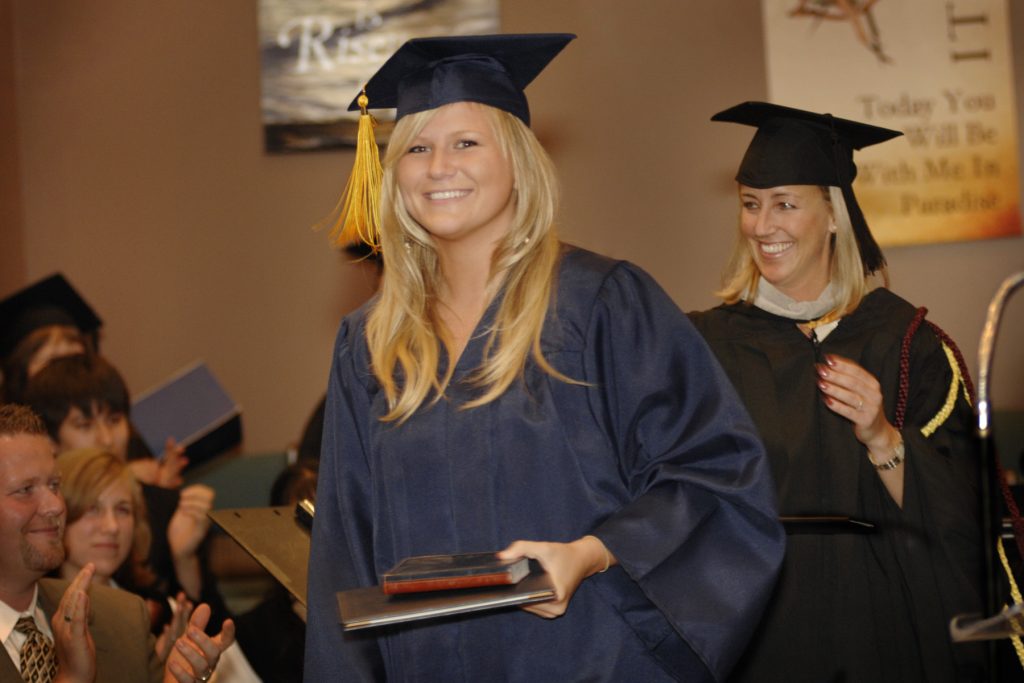 Is Liberty Classical really the best option for high school?

If you read last week’s blog about the senior thesis, you saw that our students put the kind of work into their final semester that many colleges don’t require of their upperclassmen. They demonstrate a series of learned skills and acquired abilities that will benefit them for the rest of their lives. In this one project, we witness their ability to think, to speak, to discuss (and even disagree!), to organize their thoughts, present their convictions, and convince others of truth. We see them relate socially, engage mentally, think implicationally, lead intellectually, and interact spiritually. We see students connect what is true with how life ought to be lived.

That’s the senior thesis. It’s the capstone of the senior year at the end of high school at the end of education at Liberty Classical. It’s the end of something that took time, commitment, and investment to accomplish. Each of those skills and abilities developed over time.

During the early years, when students are learning the rules of grammar, they’re building foundations. They memorize the “i before e” rule and sing songs to remember state capitals. They have spelling tests and learn long division. They’re learning the structure of things. They rarely question it. They just learn it.

During the middle school years, the questions start. They’re establishing their view of beliefs and truth. They’re learning to argue in new ways and they intuitively begin to question authority, and they’re beginning to ask questions about things they’d once taken for granted.

As you think about high school, consider this:

During the upper school years…during that critical high school season…students are growing up. The foundations of learning have been built, and now it’s time for them to form their own beliefs. They’re figuring out what’s true and why it matters. They’re measuring themselves against the world around them. They’re putting the pieces of their identity together. They understand themselves within the context of what they’re experiencing and what they’re encountering.

They’re questioning their purpose while trying to find it.

One of the reasons that education at Liberty Classical works is because of its goal. It’s not our goal to move students to the next season or even the next assignment. It’s not about getting a grade or even finishing one. At least not really. The goal is actually much bigger…and in some ways much more abstract…than that. It takes time to accomplish. And students aren’t ready for all of it at one time. The goal of education at Liberty Classical is to build lives that inspire.

Inspire toward what? Toward truth. Toward beauty. Toward living a life of substance and purpose and calling that few have the courage to live. Toward choosing to lead when the world around them doesn’t even know who to follow. Toward innovation. Toward character. Toward life.

High School at Liberty Classical...A Luxury or a Necessity?

The temptation with families is to think that the foundational pieces, the early years of education, are essential, while the later years of Liberty Classical are a luxury. The upper school years are often hard to justify with the costs of higher education just around the corner. Families also question whether it matters ultimately. Haven’t students learned the foundations? Haven’t they already established their views of truth and purpose?

But think again of the senior we discussed last week…the almost-graduate who has learned the foundations, questioned the boundaries, and then discovered the tools to good living and good learning. And think about the goals of education.

From the first day of preschool to the last day of their senior year, this is something spectacular. The upper school program at Liberty Classical awakens students to their profound ability to discover truth…to recognize beauty…to inspire toward something truly good.