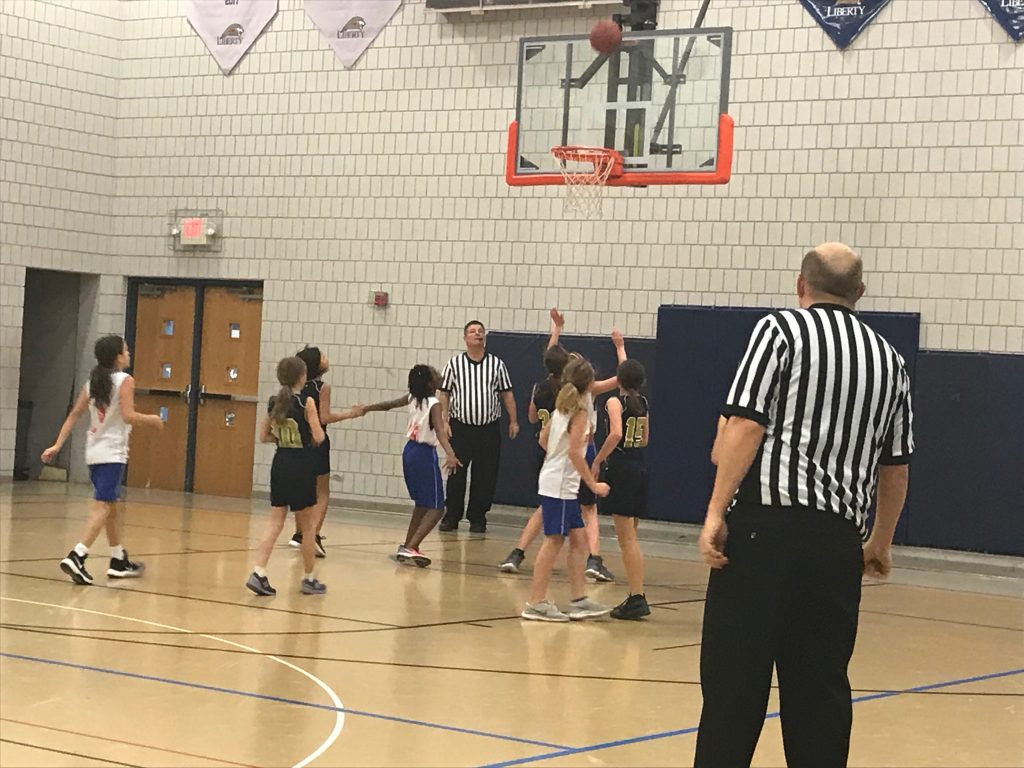 Our daughter Ava is on Liberty’s 4th-6th grade basketball team. Last year, her team lost every game. They lost their first game by something like 67 points. Each game was still fun in its own way. Sometimes it was the concession stand. During one unforgettable game, her team scored first. That was fun. What a time to be alive!

Full disclosure: I considered pulling the fire alarm at that point. It would have sort of given us our first victory.

A Season of Improvement

But not this season. This season, they’re winning! They’ve lost some of their games, but they’ve competed in all of them. They’ve beaten teams that would have annihilated them last year. They’ve beaten teams that did annihilate them last year. The team is learning to work together. The girls are getting more confident. They’re learning to trust each other…and to trust themselves.

With these changes has come a shift in how I cheer my daughter on. I used to celebrate a successful pass or a well-constructed play, even one that didn’t pan out. But not now. Now I want to see us compete. I expect the girls to pass, to steal, to score. I expect them to win. And when they don’t, I want it to be for a really great reason.

So a few weeks ago, my wife and I were at one of our daughter’s games and it was another competitive one. And at one point in the game, with our girls within just one basket of tying the game and with time running out, the refs called traveling on one of our girls. It was a terrible call. Truly awful. I mean…send the wrong team to the Super Bowl kind of awful.

The call was so bad that I knew it was up to me to point it out to them. If not me, then who? So I did. I yelled out, “Oh BOO!” And for those who don’t know me, you should know that my voice is loud even when I’m not voicing my opinion at referees in the echo chamber of a school gymnasium. My voice carries. So when I yelled, “Boo!” it became immediately clear that my opinion was heard.

Just how “heard” my voice was wasn’t clear to me until after the game. My wife was walking past the other team as they huddled to talk about the game. One of those precious young girls said to her teammates, “One of the Liberty dads was booing us.”

Not my proudest moment. I don’t know that it would be much better if I were to clarify: “I wasn’t yelling at you. I was yelling at the ref who was doing his best to call a fair game among two groups of 6th grade girls.”

There was no redeeming it. And while it wasn’t my finest moment, it also wasn’t my worst. I got really into that game. I may have gone a little crazy, but I also had a blast watching my daughter and her teammates compete. I enjoyed myself…thoroughly. I enjoyed watching the coach work the clock and use their timeouts. I enjoyed the energy in the room; the high fives and screams and agonizing moments. I enjoyed everything about it.

It was fun because we were competing. Getting shut out was never this much fun.

I remember hearing that Vince Lombardi once said, “If it doesn’t matter if you win or lose, then why do they keep score?”

I don’t want to raise my kids with the idea that winning doesn’t matter. It does matter, at least to our family it does. It doesn't matter more than character or integrity, but it matters. And while I probably don't need to verbally bombard referees with my biased, heated, loud (and probably a bit dramatic) reflections on the game, I also realize that the excitement, the noise, the cheering, the winning…these are all really great parts of competition.

But maybe next time I can cheer our team toward a win without making 6th grade girls feel bad about themselves.