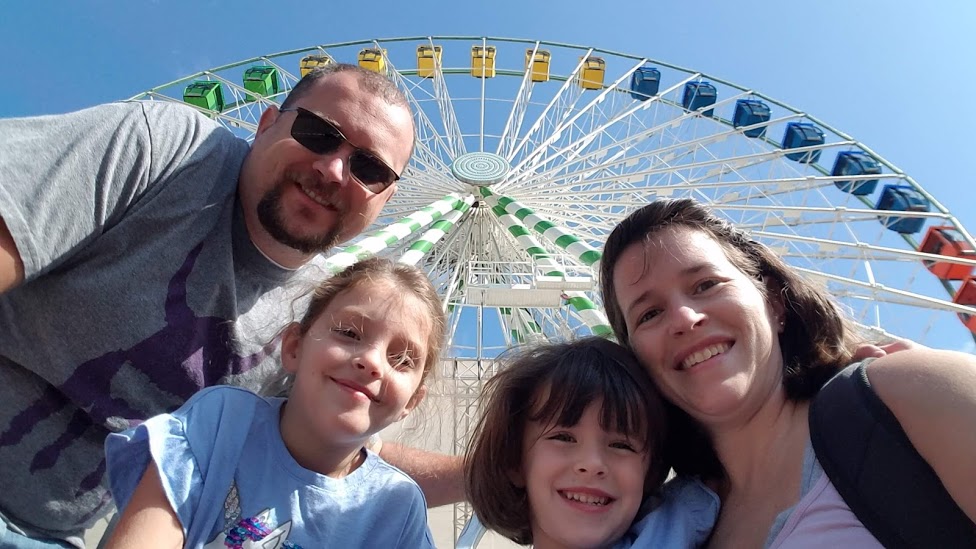 As a way to say “Welcome to Liberty Classical Academy” to Mrs. Elizabeth Nichols, our new science teacher, we thought we’d invite her to share her story of how she ended up here in the land of 10,000 days of winter, and also how she ended up at Liberty. Unfortunately, Mrs. Nichols doesn’t write in the same southern twang with which she speaks – her story is still worth hearing. It’s yet another story of seeing God’s love and constant pursuit of His children.

In late September of 2018, my husband, Dewayne, stopped me in the kitchen after church on a Sunday night. He said, “I think we need to move to Minnesota.”

This came as quite a shock to a girl who’d spent her whole life in rural Mississippi. Sure, I’d traveled to some big cities. Even the Twin Cities themselves (in the summer!). But I’d never lived more than a two-hour drive from my parents and we were currently living in the town I grew up in. I was very much in my comfort zone.

We had spent time daydreaming as a young couple about what it would mean to move off to explore some far and distant land, but in reality, we were both home-bodies. We were very happy with our lives in northern Mississippi: two kids, nice house, stable careers with connections for upward mobility, family living right around the corner. In all of our daydreams we’d bounce around with ideas, but always decided we liked being close to family, especially with two young children. But in the instant my husband spoke this sentence, I knew it was different. This was no daydream.

This was a calling.

Let’s rewind a bit. My husband grew up loving the Vikings (an uncommon passion in Brett Favre territory!) and our church had gotten connected with some church plants in the Twin Cities area a few years prior. Dewayne first traveled to the Twin Cities to work with a church plant in Minneapolis – a very simple act of service; their goal was to pass out water bottles to students on the U of M campus without asking anything in return. Two years later, our girls were finally old enough, and I felt it was time for me to be involved in a mission trip of some sort again. Our church had also been working with a group in Togo, West Africa and, to be honest, I was hoping to go there. But this year our church decided to invest more in the Twin Cities – so I was along for the ride. Keep in mind, I had no idea that we were moving. I had no idea that my husband was already praying for God to grow in me a heart for the Twin Cities. But on that trip, God planted seeds in my heart for this place. I remember saying on the trip, “I’d stay as long as I could if I could have my family here with me.” In retrospect, it’s obvious that God has been preparing us for this move for some time.

So it was on that night in September that all of God’s purpose and planning and preparation of our hearts finally started to be revealed, and His hand in the process has been undeniable. We sold our house in record time. Our oldest wasn’t happy at her school so a new school brought new hope for her. And as I started searching for employment, I ran across a private Christian school right in the town where our church was planning a church plant: White Bear Lake. I was skeptical at first, given the region’s liberal reputation. I wondered if “Christian” might be an “in name only” kind of concept. But the more I read about the values and mission statement of Liberty Classical Academy, the more on board I was.

Liberty Classical Academy was a huge answer to prayer for me. Being a science teacher in the south didn’t come with a lot of expectations that I compromise my beliefs – just that I not be directly outspoken about them while teaching. I was concerned that being a science teacher in a different cultural climate would put pressure on me to say and teach things contrary to The Word and take away my voice to say “You don’t have to agree with this.” As I interviewed and planned, I became more and more excited about what God was doing in placing me here at Liberty.

And now that I am here, I see the excitement was not unjustified. I love being able to express my wonder in science through God’s divine, intentional works. I hope my students are enjoying exploring science, finding wonder in the details of creation, and taking this truth to heart:

As a new Minnesotan family, we are enjoying FALL!! (It’s still in the 90’s back in Mississippi). We’re excited about the events that are coming up and have already enjoyed a day at the State Fair and an oh-so-fun trip to a local farm for a day of play and pumpkin picking. As we’ve never experienced a Minnesota winter, our first question in conversation with locals (following them asking us if we’re ready for winter) is usually, “What advice do you have for us on thriving during the winter?” We’re taking notes and making lists! Our girls (ages five and seven) are thrilled about the prospect of more snow than they’ve ever seen before. The main selling points for them on this move are snowmen, sledding, and ice skating!

So Dewayne and I are excited to experience these things with them. Its funny how looking at something through the eyes of a child can change it from being drab or uncomfortable to being worthy of excitement! My family enjoys being outdoors, so I’m sure we’ll continue that tradition right on through the winter! We also enjoy family game nights and movie nights. We are slowly learning the lingo – replacing words like “coke” with “soda” and getting used to not ordering sweet tea when we go out to eat (we still keep a fresh batch in the refrigerator at home, though!). And we’ve introduced our neighbors to chocolate gravy and homemade biscuits! We’re plugged in with one of the church plants we already had connections with and are waiting on God’s timing as He orchestrates the move of our lead church planter and the calling of the rest of our team.

Waiting on God has been the name of the game for the past year, but I’ve grown so much stronger in my faith by waiting and watching Him prove himself faithful time after time.