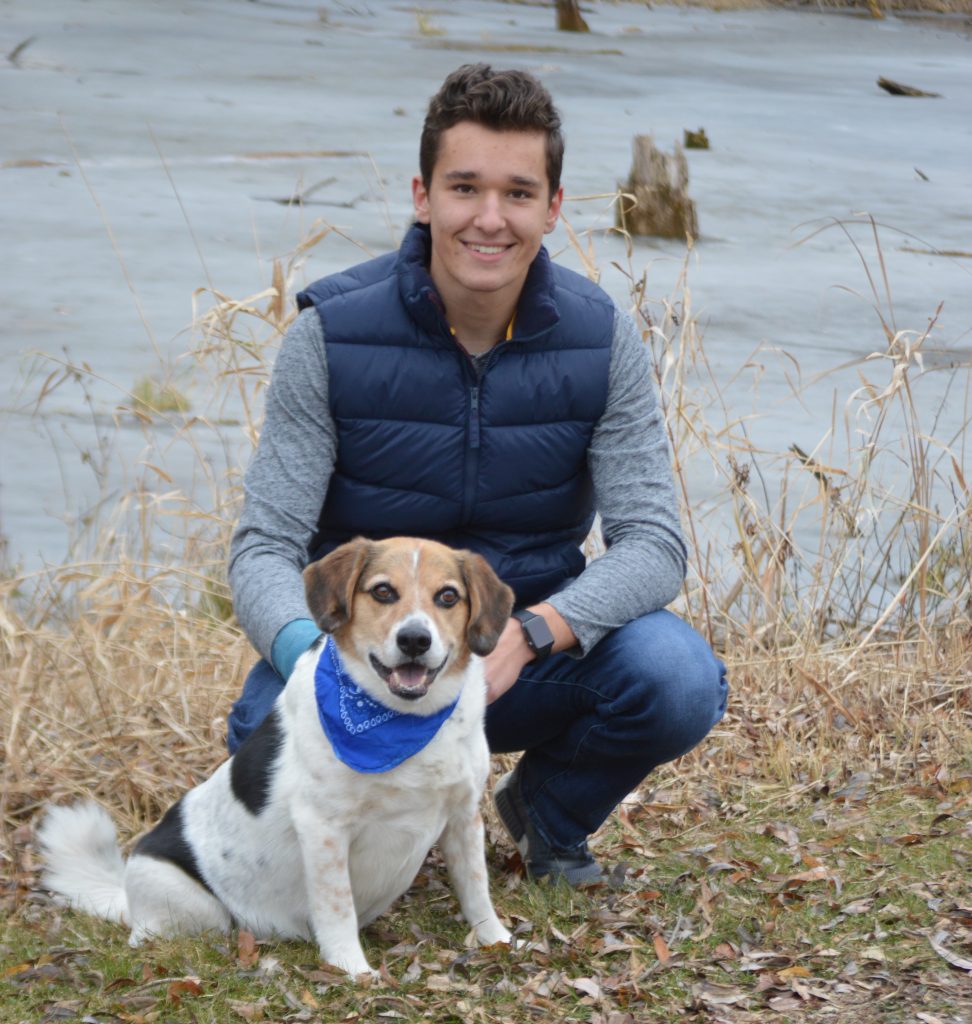 Graduation season is here. It’s an exciting time (and maybe a little bittersweet to those of us left behind) as we commission another class of seniors. Each year, we get to follow a new group of leaders as they take what they’ve learned in our classrooms and engage the world around them.

At Liberty, our goal is to shape young people in every way. We want them, just like it says in Luke 2:52, to grow mentally, physically, socially, and spiritually. We want them to speak eloquently, think clearly, and lead humbly. We want them to inspire others toward a life more committed to truth, goodness, and beauty.

From Kindergarten to Graduation

Ryan Grill, a Liberty senior and lifelong Liberty student (he started in kindergarten!), embodies the values that fuel our school. He’s social, with a confidence that isn’t arrogant. He’s committed to Christ, sharpening his faith while giving of his time and energy to serve. He’s active and was a three-sport athlete here at Liberty. And he’s bright, with a sharp mind that can lead conversations, identify truth, and engage others.

As Ryan considered what life after Liberty Classical should look like, he had a lot of opportunities in front of him. Various prestigious colleges were incentivizing him, and leaders at these schools were talking with him. These opportunities weren’t a result of any one particular aspect of Ryan’s qualifications. They were a combination of all of them.

Regarding tuition, Ryan was able to use his reasoning and logic skills in negotiating college expenses. He spoke with the deans of two different schools multiple times and was able to ask for more financial assistance in paying for his tuition. Ultimately, his negotiating paid off.

When it came to the admissions process, Ryan’s ability to speak well, ask intelligent questions, and form a friendly and welcoming environment with those around him made him stand out in a highly competitive space. He stood out among what many would consider the elite from around the country. One professor even asked for his name so that she could personally request him in her freshmen orientation group.

The list of qualifications goes on. The seemingly impossible deadlines that he was certain he wouldn’t meet. The time he spent in the classrooms and fields of competition. The work he put into his junior and senior theses. The Speech Meets, plays, concerts, Chronological Quests, science fairs. The apologetics and worldview courses. Latin. Grammar. Logic. Rhetoric.

Ryan considered a few different schools, Creighton and Pepperdine among them, and will attend Georgetown University in the fall. We are excited to see him move into his full potential, and we’re glad to have played a small role in building this life that will inspire others toward truth, goodness, and beauty.

Ryan is serious about academics, but he’s not perfect. He’s a strong leader, but he’s not cocky. He’s active in church and serves the community around him. He can speak comfortably and genuinely with a university's president or member of its custodial staff. He engages those he knows in good conversations and has learned not to take himself too seriously.

As Ryan prepares for the next season of his life, we are excited to send him to Georgetown University, and to launch him into a world in desperate need of good, wise, and humble men.

Good luck, Ryan! Thanks for sharing 13 years of your life with us. God has prepared you for the adventure that awaits.