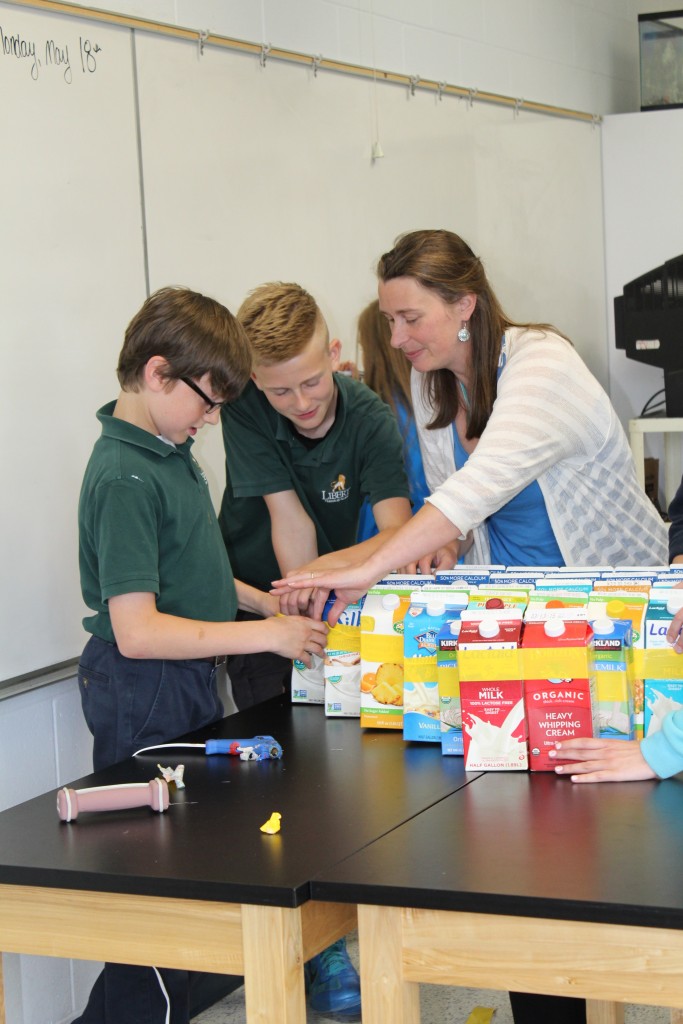 Every year, Liberty’s eighth grade class goes on a field trip to Valleyfair—Minnesota’s premiere amusement park—to participate in its annual “Physics and Science Day.” The field trip gives students the opportunity to enjoy the rides as well as study the engineering and science behind each ride. This unique perspective of the park enables students to tie the concepts they are learning in class to real-life environments.

This year, members of Liberty’s Science Club competed in Valleyfair’s milk carton boat race. As the name suggests, the event challenges students to create a boat made out of milk cartons, and, on “Physics Day,” the students race their boats in the park’s wave pool.

Physics is one component of Liberty’s science curriculum, which is taught in discrete subjects that also include life science, earth science, and chemistry. Many experts believe that making science interesting and relevant to the student is one of the most effective teaching methods for the subject. In other words, if students are able to see science at work, their ability to understand science is greater. 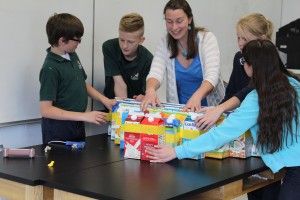 To show support, fellow students Charissa O’Keefe, Hannah Leslie, Alex Dehmer and Emily Dehmer wrote an overview of Liberty’s participation in this year’s event. The piece can be found below.

This year, the eighth grade class had the wonderful opportunity to participate in Valleyfair’s second annual Milk Carton Boat Race, part of  Valleyfair’s Physics Days! Five students are preparing a homemade boat made solely from milk cartons, wood, and zip ties to race in Breakers Bay Wave Pool within the park. The event coincided with the physics class’ trip to Valleyfair on May 20th. The annual event is mainly composed of high-school students, however, the group from Liberty will be one of the few middle school groups present. The five students who volunteered to participate are Ben Peterson, Sage Johnson, Annaclare Splettstoezer, Drew Harris, and Brooklyn Abell. They are part of Liberty’s Science Club, led by Mrs. Peterson, which meets every Monday after school. When asked about why she wanted to join, Annaclare replied that it would be lots of fun to experiment and build, not knowing the outcome, and that it would be a great way to get to know some people.

First, this determined group of eighth graders created a design for their milk carton raft, which they built two weeks prior to the race. In order for the boat to float with all five students, it would have to be comprised of 130-200 milk jugs. One milk jug can hold approximately eight pounds, so the raft has to be equivalent to the weight of five people. Brooklyn wisely noted, “It’s going to be a lot of milk jugs.” Their plan was to simply row the hardest and not sink. The students also have an upper hand in the weight category, as they are younger, and therefore lighter, than most of their competitors. Drew said, “…The raft will be shaped similar to a canoe. It’ll be long and a little rectangular.” The students anxiously awaited race day, and spent hours preparing the raft. All of the participants would encourage future Physics classes to take part in this great event. 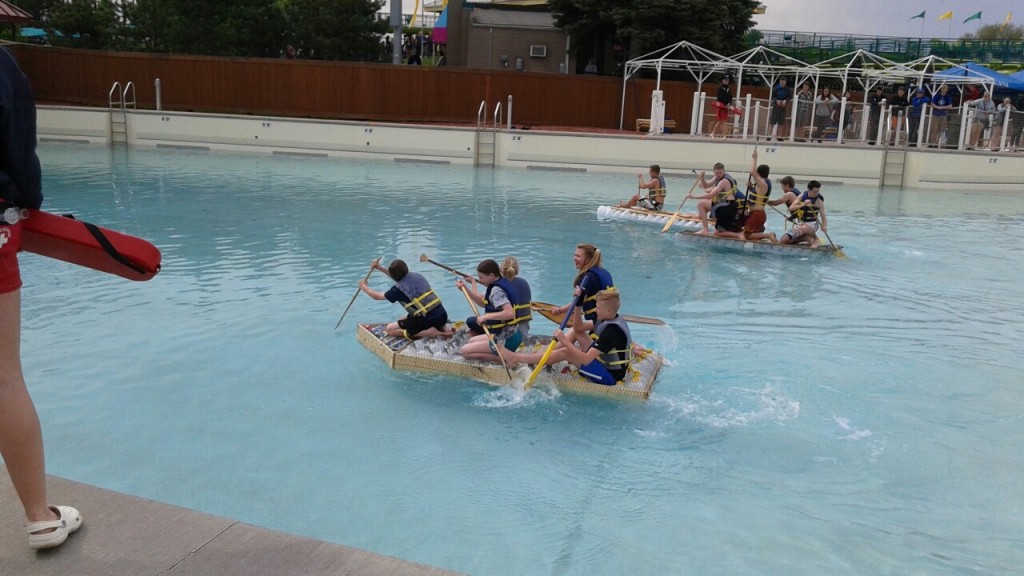