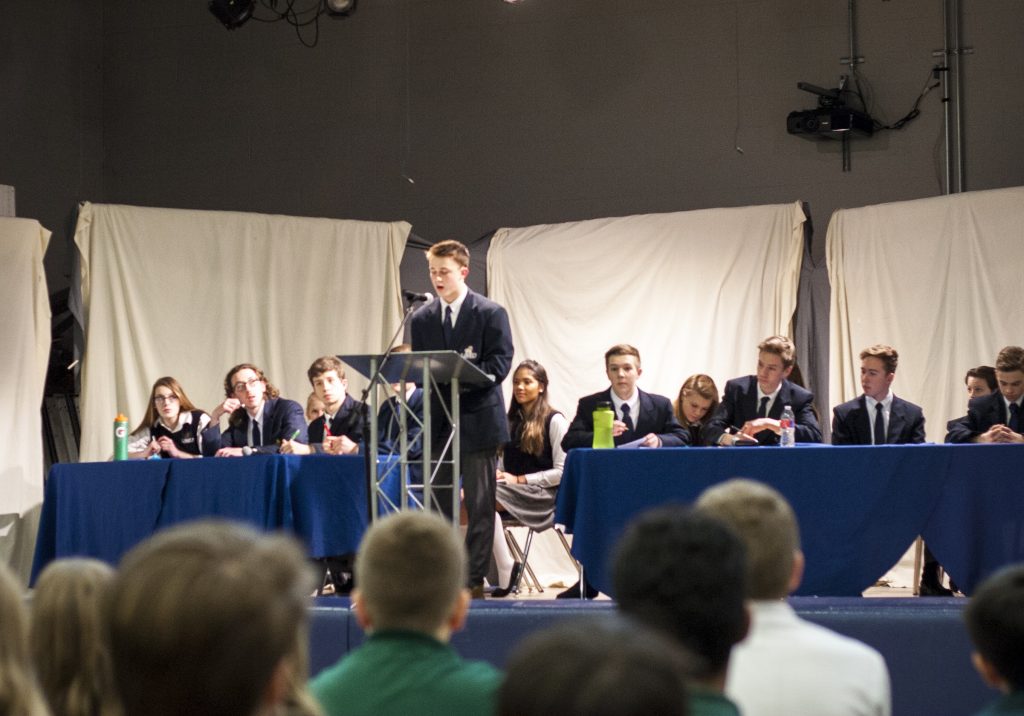 The Art of Classical Rhetoric

Aristotle famously stated that rhetoric is “an ability, in each particular case, to see the available means of persuasion.” In other words, rhetoric is about finding all communicative options in a given situation and carefully choosing effective tools that will most likely persuade your audience.

What is classical rhetoric?

Rhetoric is the final stage in a classical education and at this stage students synthesize all that they have learned in their previous schooling as well as gain a nuanced and complicated understanding of the material that they are studying. Rhetoric is a tool that gets students closer to clarity, closer to understanding. It creates the space for and the ability to navigate the world of ideas and virtue.

The five cannons of rhetoric make up a system and guide on crafting powerful speeches and writing and these include: inventio (invention); dispositio (arrangement); elocutio (style); memoria (memory) and actio (delivery). Today will focus on the first cannon inventio (invention): the process of developing and refining your arguments.

Invention, according to Aristotle, involves “discovering the best available means of persuasion.” Invention is all about brainstorming an idea, identifying the critical questions, sorting the elements of a problem into what is known and what is unknown and articulating the relationships between the two so that problem-solving can begin. Invention also involves the ideas on what to communicate and how to communicate in order to maximize persuasion. It can be seen as the first step in an attempt to generate ideas or create an argument that is convincing and compelling.

The following elements can increase the effectiveness of invention:

Studying rhetoric magnifies your influence and your ability to persuade others through language and is key to your influence as an employee, friend, family member and citizen. It makes you a better citizen; if you want to be a well-informed voter and citizen, you must be fully cognizant of the tactics and techniques used. Such knowledge empowers you to discern truth from fallacy. Knowing rhetoric protects you from intellectual tyranny; studying rhetoric puts up a defensive shield around your brain, allowing you to filter out external messages and follow your own inner compass. It makes you a savvy consumer empowering you for rigorous and constructive debate; one should know how to discuss and debate with vigor, intelligence and civility. Also, a firm understanding of rhetoric will help prevent you into a path of heated wars as you will be able to spot logical fallacies or unsound arguments.