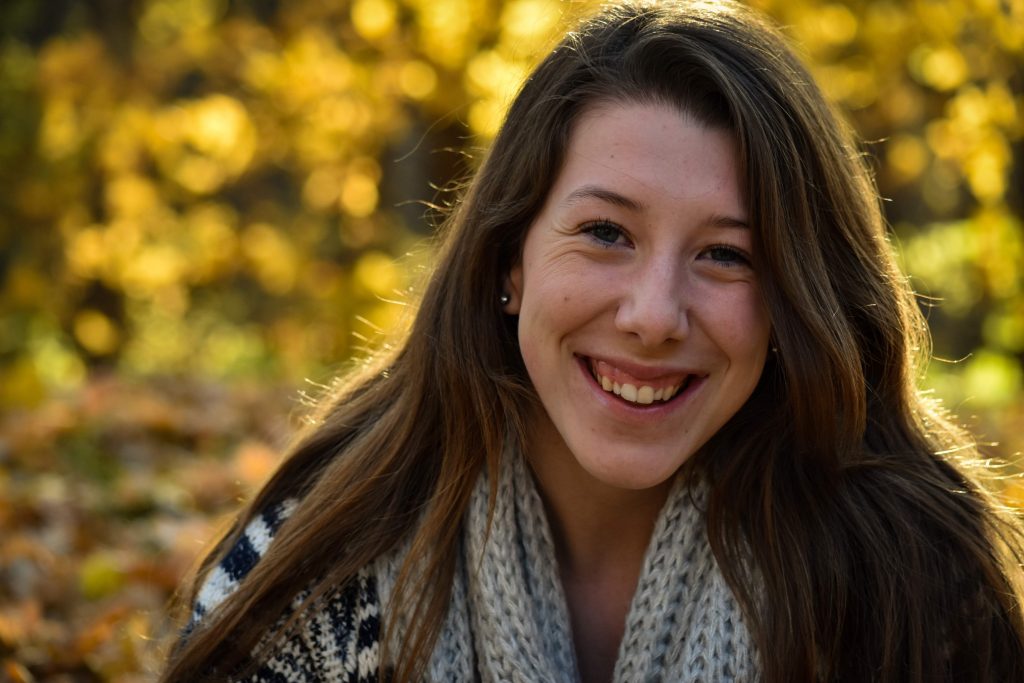 The first time I met Heather Cormier, she was speaking at a Liberty Classical information session, giving a student’s perspective on life at Liberty. What I saw was a confident, well-spoken young lady who communicated well. I thought to myself, “I see why they chose her. She’s a natural.” But as I listened to the content of her talk, I discovered that what I had assumed was natural for her was learned. She wasn’t always aware of her abilities, and she wasn’t always developing them.

Before Heather Cormier came to Liberty Classical, she struggled. She did poorly in school. She had very little confidence. She wasn’t good in front of people and public speaking terrified her. But as she became more and more engaged as a student at Liberty, she got closer to teachers who coached her and showed her what she was capable of. She went from being a nervous speaker to choosing to major in communications. She found her faith strengthened and her mind sharpened. She went from a timid student who felt insecure in front of large groups to a thriving student who excelled in academics, sports, and theater.

“The academics are challenging, but far from impossible. Keep the faith and hold on tight. If you're having trouble, go to a teacher for help. Giving up is never the answer…From someone who has been there, I know the work is hard, but you CAN succeed, and it is worth every moment. The challenges you are facing [and] the hard work that is to come only makes you stronger. As you rise up to the occasion, time and time again, it builds character and strength you cannot find elsewhere.”

Interestingly, Heather, this once struggling student who felt incapable in a classroom, has said that after completing Liberty, her first year of college is easy in comparison.

When I look back on that first time I saw Heather Cormier share her story, I am again reminded of what a Liberty education is really about. What I assumed came easily to Heather was, in fact, a result of her hard work and an environment that believed enough in her to unlock her potential. Liberty is much more than a private school or a Christian school. It’s more than college preparation or a classical education. Liberty is building lifelong learners who are prepared to engage the culture for Christ.

The Quarantine and Your Family